Understand that within a support department, monsters will appear, but if you prepare yourself to handle them, they will fade away with no lasting scars.

Support provides happiness to customers. Every day, customer-facing agents pleasantly answer the phone or begin chats and emails with friendly tidings. But underneath the covers, we all know that dreams of sugar plum fairies and rainbows can quickly turn to nightmares. Leading support departments don’t ignore those invading monsters but understand how to handle them when they do show up to haunt the team.

We all have experienced a nightmare. Unlike a dream which fades away over time, the scars those monsters leave have a cost that can last forever. They can hurt your customer loyalty, strain interpersonal relationships, and permanently stain your company’s reputation. Let’s examine a few real nightmare scenarios and learn how you can shoo away the boogeyman whenever he comes knocking.

When You Unleash the Monster

Support should strive to do all it can for the customer. Increasing customer delight, ensuring customer success, and providing a positive customer experience are pitched as the priorities for support professionals. But what if a policy, put in place for a good reason, is a roadblock to your customer’s success?

Our first nightmare was shared by a support leader at a global online gaming company. It has strict policies about allowing access to certain content based on age. Their sign up process requires added steps and verification for anyone under 13 years old. This policy and the associated product changes to enforce it were designed purposefully to build trust between parents concerned about the safety and security of their children and the company’s social responsibility.

One day an 11-year-old child was struggling to create an account for the teen-rated game they received as a Christmas present.

They asked their father to call Support to help. The senior support agent who handled the call realized very quickly the problem was specifically because of the limitations of a minor signing up for a teen-rated game. Instead of requesting time to understand the issue and how the company could best serve the customer while still adhering to their policies, the representative suggested the father falsify the child’s registration information to bypass the restrictions and help with a speedy resolution.

The support agent had unwittingly unleashed a monster. The father happened to be a privacy and security lawyer, specializing in data protection. He was not happy that their recommendation could put his son’s data and security at risk. The agent’s recommendation skewed the balance between rules and customer delight too far to the latter. What was a well-intentioned response, created a nightmare.

The father immediately escalated the issue to management. The company spent a lot of time and effort de-escalating the situation and apologizing to the customer. The management team gave assurances that privacy and security training would occur and also delivered a gift basket of swag for the child. The customer was eventually appeased.

Strategy: Don’t ignore the monster under the bed

When situations occur where a customer feels your response is inadequate, wrong, or not appropriate, it is important to change gears immediately. It’s never desirable to anger a customer further with your words, but if you do make sure to:

Your goal is to make sure the complaint is addressed as quickly and professionally as possible. Doing so will keep your customers coming back, even after you released their inner monster.

When You Become the Monster

Every support team has a customer who won’t stop complaining. Some customers frequently contact your support department or escalate cases regularly. These actions usually result from misaligned expectations, a sense of entitlement, or a knowledge gap.

How you handle these situations can produce wildly different outcomes. Like the revelation that Jekyll and Hyde are one and the same, sometimes we become our own monster.

We have to accept that, in some ways, when our products and services fail to provide the promised value, customers are allowed to be monsters. The key to customer service is how we work to calm the monster and that we do not become what we are battling against. For example, when you are caught saying a private comment to the wrong audience. The Postmates CEO did (Note: NSFW language) just that when he asked his team to respond to a customer with a rather unprofessional message. In this case, the CEO became the monster.

A support leader from a casual gaming company shared a story of a customer who was incredibly vocal on their online forum. The person was described by the support department as “toxic” and “a pain to deal with.” The customer frequently posted negative feedback or sarcastic comments.

However, most of the posts never broke any rules of the forum, which made it seem difficult to stop the behavior. After this behavior went on for a while, an executive got the idea to ban the user’s IP address from posting. Without consideration for the fallout, the change was made by the development team. The support department was left to deal with the fallout and thus began the nightmare.

Of course, the user discovered the blocked IP and demanded answers. By not opening a conversation with the user about their behavior and instead taking very drastic action, the company had become the monster. The company’s action did not do anything to resolve the issue and only made it worse. After many angry discussions with the now furious customer, the decision was ultimately reversed, and the user’s IP was unblocked.

Strategy: Open a conversation with the monsters

Realizing this problem was not going away, the support team took a new approach by opening an empathetic conversation with the difficult customer. They outlined the behaviors that were deemed unacceptable, gave concrete examples as well as outlining the expectations and the consequences of not adhering to those guidelines.

In the end, the customer’s behavior did not change, and they were banned from the forum. But if the company had started with the second approach to the problem, they could have saved significant time and effort.

Learning to respond to customer feedback is critical to the success of your organization. Even when the feedback is presented poorly, or angrily, taking it in and actioning it can drastically improve your product offerings. And if the customer truly is a monster you cannot tame, instead of becoming the monster yourself, learn how to break up with an abusive customer properly.

When Monsters Don’t Use the Front Gate

Off in the distance you see a towering, green, giant-of-a-being quickly approaching you. You have all kinds of defenses, tools, and lookout points. Still this particular monster is bigger than normal and causes more panic than your typical encounter. Instead of notifying the gatekeeper, or asking your lookouts to keep an eye on it, you immediately sound the biggest alarm bell you can find.

By doing so, you have bypassed your usual processes and increased the likelihood of wasting time and effort to get rid of the monster.

Our next nightmare started on a quiet Tuesday for a support leader at a startup video company. Out of nowhere, the legal counsel for the organization sent a peculiar Slack message: “What are we doing about this security breach?” The leader responded with “what security breach?” while simultaneously standing up and asking if the support department was aware of a security breach issue.

The lawyer’s response was to send a link to a 75+ comment thread in a non-support related Slack channel. The thread started when a Customer Success Manager had posted that a customer had a security breach and was threatening to churn and sue.

More than ten people contributed to the thread, which was gaining attention by the second. Notably, none of those contributors were in Support. It included much speculation about where the breach could have occurred and went so far as to highlight recent product updates that could have introduced such a defect.

The support leader was pulled into a room full of executives to discuss a strategy. The VP of CX was worried about the fallout with other customers, the legal team was reviewing the contractual obligations, and the CTO was visibly shaken that such a breach could occur.

With a calm voice, the support leader asked: “Have we even looked into what the customer has said was breached?”

The room fell silent. In this instance, the monster did not enter through the front gate. It bypassed the usual safeguards and laid out paths that help to provide data to assess the severity and the next steps to handling these situations. With that revelation, the actions were clear. There was a need to objectively examine the customer’s claim and not take it at face value and not allow the emotion of the situation cloud judgment.

Strategy: Stay calm, even in a nightmare

The support leader picked up the monster and re-positioned it at the front gate, allowing the critical ticket process to triage and investigate the claim. As the debugging progressed, it was apparent there was no monster at all. Just like a Scooby-doo villain, it was user-error dressed as a monster all along.

The panic died down, but the damage was done. Employees were still theorizing in a comment thread in Slack, more than five executives were dragged away from their schedules into meetings to address a non-existent threat. Several people-hours and hundreds of dollars were wasted because the monster had not followed the laid out path.

Part of handling any nightmare is ensuring there is a calm, unbiased assessment of the situation. In this case, the ensuing panic was not justified and was purely caused by going around the established process. Consistently using a well-tested escalation procedure will help stave off nightmares like this one. The best escalation handling processes in the industry only work when they are actually followed.

Monsters are Real but aren’t Scary

The next time you awake in a cold sweat from panic caused by the nightmarish visions playing out in your head, think about how that feeling fades as you realize it wasn’t real at all. Just the same, understand that within a support department, monsters will appear, but if you prepare yourself to handle them, they will fade away with no lasting scars. Monsters are not scary. They come with the support territory.

If you follow a well-defined process, remain objective in the face of abnormal situations, and spend more time listening to your customers, you will continue to provide excellent customer service regardless of the demons, ghouls, and goblins lurking around the corner. 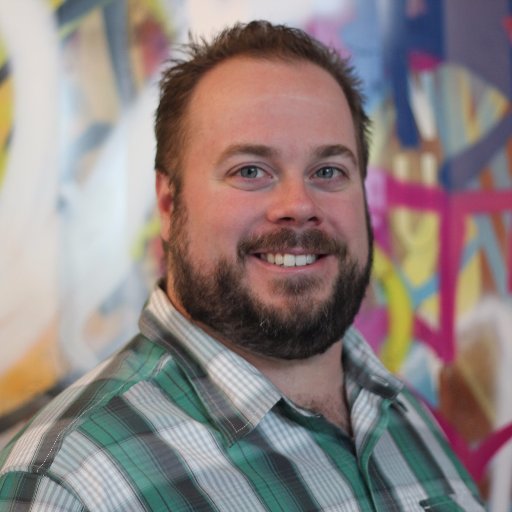 13 Tricks and Treats for the Best Customer Service Interview 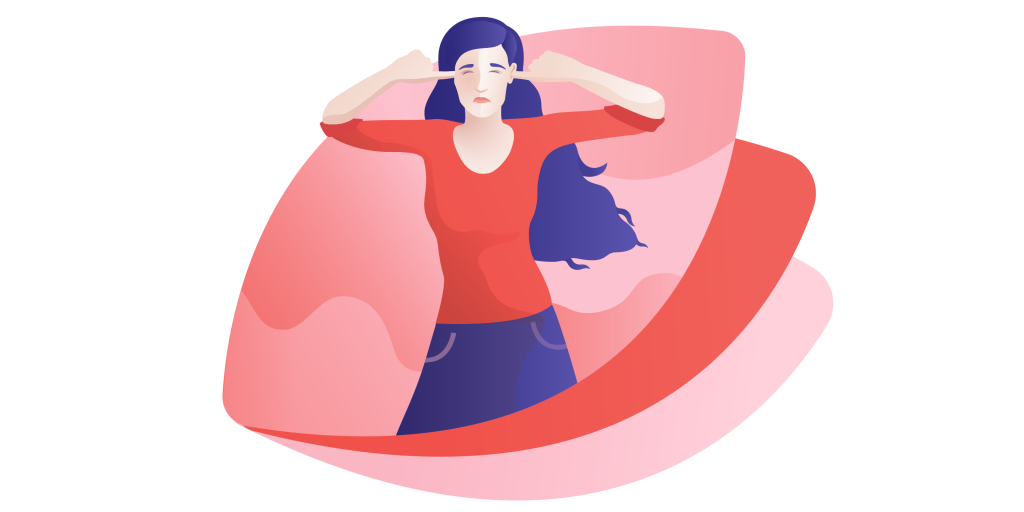