Practicing being humble helps you deal with tickets, lead conversations, but also in life generally.

A lot of people mistake humility as the act of putting yourself behind everyone else. It’s often misconceived as stepping up for the team and letting your own expectations or goals slightly lapse.

Neither of those is true.

The Association for Psychological Science defines humility thus: “on the intrapersonal level, humility involves an accurate view of the self. On the interpersonal level, humility involves a stance that is other-oriented rather than self-focused.” Instead of focussing on one or the other, they advocate that humility should actually fall smack-dab in-between being self-reflective and other-reflective—a balance of the two!

Turns out: humility is one of the best possible things that you can do for yourself, your team and your customers, and it doesn’t have to include wiping away your own needs to make it work. Here are a few ways to infuse a little more love into the world by adding humility into your day-to-day.

Apologize when you mess up

It’s so much easier to fudge it when you make a mistake, especially if it’s a small one. When a colleague catches you in something awry, you may be tempted to refute your active participation. For example, if a ticket gets mishandled, and it’s because you didn’t follow an already-outlined process, it can feel easier to blame it on the technology being flakey, or some other aspect out of your control. Stop that. Admit it when you’ve done something wrong, especially if it directly impacts a customer or one of your coworkers.

Not only does apologizing help both the recipient and the apologizer mentally, but it also has physical benefits. According to Psychology Today, apologizing and receiving an apology causes blood pressure to decrease, your heart rate to slow and your breathing to become more steady. A little bit can go a long way!

Here’s an example of how you could use this in your day-to-day: imagine that you give your customer slightly incorrect information or information that may not directly pertain to what they need. When they reach back out instead of saying “Sorry for the misunderstanding,” try saying something like “Oh, I’m sorry. I didn’t read your email as fully as I could have, and I missed that point.” Then, provide them with the new answer.

Changing from a passive to an active voice, and adding the apology admits culpability and shows ownership over your behavior. This response also course-corrects by providing the solution after all.

Almost everyone would rather be able to do things themselves without the help or interference of the people around them. For example, 53% of customers will stop using a product if they can’t find an answer to their question quickly and easily, without the help of a representative.

So, sure, it might take you a bit to admit that you don’t know the answer to something as well as your colleague does. It might take you even longer to drum up the courage to ask for help.

Think about how much time you’re wasting! According to a recent LexisNexis survey of 1,700 professionals in the U.S., China, South Africa, the U.K., and Australia, “employees spend more than half their workdays receiving and managing information rather than using it to do their jobs.”

Cut that time down by learning to recognize when you aren’t good at something, and being willing to ask for help. It’ll help you learn something new, and build stronger relationships with your colleagues—it always feels good to be asked for advice and help!

What this might look like in your day-to-day is: imagine that you are trying to get some extra information out of your helpdesk. The default reporting doesn’t provide it, but it’s pretty important for your forecasting for the year. You realize that you could use SQL to get that information, but, unfortunately, your SQL skills are a little rusty. You know that Jen, your colleague, just took an in-depth course for SQL.

So you reach out to her saying something like “Hey Jen! I’m trying to get some information from our helpdesk, but it turns out I need to use SQL to do so. I remembered that you’re basically a SQL wizard now. Do you have some time to help?”

Jen will feel good about being recognized for this and, if she has the time, will probably want to help you get it done.

Boost the signal of your colleagues

Do you know that colleague that you asked for help from above? Once they’ve helped you learn, don’t keep it all to yourself. Shout out your colleagues and team members whenever you get a chance. Is Suzy from Billing the absolute best when it comes to customer renewals? Does Bob, the engineering lead, always do a great job of taking complex, technical concepts and making them easily digestible for customers? Did your teammate Tina have a great suggestion in a meeting that just got passed over in favor of other conversations?

Take the time to recognize and shout out the contributions of your colleagues before shouting your own excellence from the rooftops. Not only does it mean that everyone at the company will get to benefit from their good work, but it makes them feel good and creates a stronger bond between the two of you.

Here’s an example of how this might play out in your real life: imagine that you are in a meeting and brainstorming for an important initiative that your team is going to embark on. One of your colleagues sitting next to you is a bit on the quieter end of the scale and says an idea that’s really good. It seems like no one heard it. Your boss continues to ask for input, so eventually, you speak up and say “Billy actually just had a great idea over here, and I’m not sure anyone heard it.”

You could have just pretended like the idea was yours and take the credit, but it’s better to echo Billy’s sentiment and attribute it back to the person that originally said it.

It feels good to get compliments—everyone knows that. Whether it be on the shirt you’re wearing or a blog post that you wrote, it’s nice to get recognition. Did you know, though, that it’s actually more beneficial to give than to get compliments? Just like with donating or giving presents, the emotional benefits of complimenting are much stronger than those from receiving them.

But, before you go out and start fire-hosing compliments everywhere, it’s important to note that these benefits are only if what you’re saying is genuine.

According to the Huffington Post: “faux compliments are likely to have the opposite effect as genuine ones. People who receive them will often feel they are insincere and not well-intentioned, and that undermines any positive effects they might feel about being praised.”

Take this as an opportunity to flex a bit of your humility muscle. Are there things that you, maybe, feel less confident about in yourself, but love noticing about others? Maybe you really admire the way your colleague keeps their cool when talking with tricky customers, or you appreciate the honesty with which your boss manages your team. Instead of keeping all of those things inside, try sharing them with your team.

Here’s an example of what that might look like: lots of teams do quality assurance. Imagine, while you’re going through tickets for peer review, that you see an awesome conversation that your colleague Matt had with a customer. They followed all of the processes perfectly and did a great job of cooling off a customer that was in a pretty heated state of mind. In this case, you could copy the link to the ticket and share it in your team Slack saying something like “Wow, Matt did a really great job here cooling off this customer. I’m always so inspired when I see you do things like this, Matt!” It makes Matt feel good to hear, and it helps to elevate the skills of the rest of your team, allowing them to learn by example.

Humility doesn’t need to be a quasi-religious practice, and it doesn’t have to be something that you use for self-erasure.

In fact, practicing being humble helps you, helps your customers and helps your colleagues. Take some of these practices and try to work them into your daily habits—in tickets, in conversations and, in life, remember that humility is always the best choice. Let a little love in!

Not Feeling the Love? 15 Ideas to Bring Little Acts of Love Into Your Customer Support Day 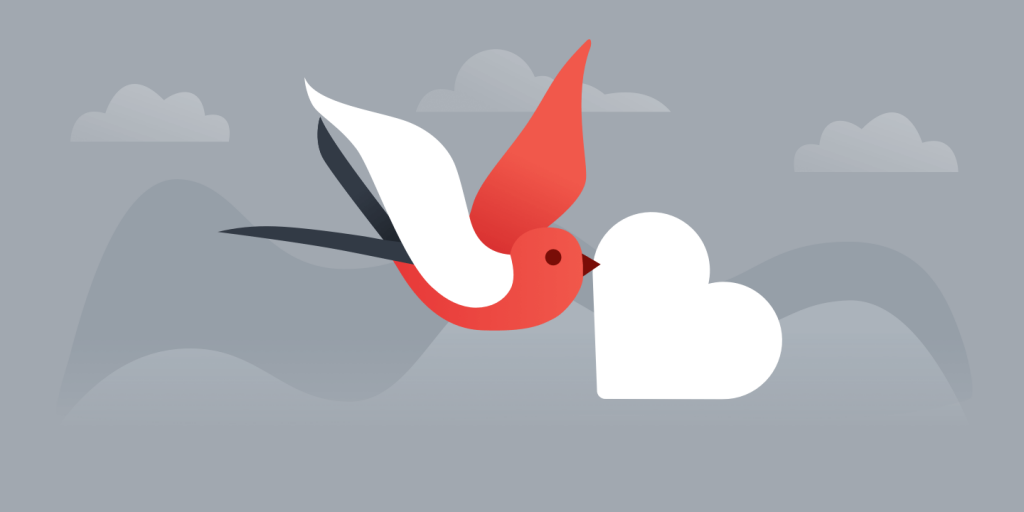 How To Learn From Customer Feedback in 3 Steps