As a consumer, you’re frequently asked how satisfied you are. For example, if you buy a t-shirt online they may ask after you check out how that experience was. Then a few days after your shirt is delivered, you might get another survey asking how you like the product. You need customers to have a successful business. And research consistently shows that satisfied customers are loyal customers, so it makes sense to check-in frequently.

But how often do we ask the person who designed the shirt how they’re doing? Or, the person who built the webpage where the customer went to make their purchase? The success or failure of the business is reliant on those individuals too. So, shouldn’t we be equally as concerned about their satisfaction?

In this article, we cover what employee satisfaction is and five reasons you need to start investing in it today.

What is employee satisfaction?

Employee satisfaction is an overall measure of how satisfied an employee is in their position.

Just like customer satisfaction, there are plenty of contributing factors to whether or not an employee may be satisfied with their work. It could come down to someone feeling like they’re making a meaningful contribution to the overall company goals. Another contributing factor could be how supported they feel in their position or their outlook for future growth.

Why is employee satisfaction important?

A few years ago there was a commercial that aired regularly for Organic Valley. Their primary claim was they had happier cows, which in turn created better milk. Though that may just sound like some advertising puffery, it turns out it’s actually true.

Research shows cows with happier lives produce more nutritious milk. Who knew? Your employees are probably not of the bovine variety, but there’s still plenty of reason to be sure you’re investing in their happiness, too. Here are four:

Did you know more than a third of all workers are either actively or casually looking for another job? Though looking at other jobs doesn’t necessarily mean someone will leave, the cost to replace them is quite high if they do choose to pursue another option.

On average, it costs 33% of a worker’s annual salary to hire a replacement for them. So, if you lose a worker making $55k per year, you’d need to spend an additional $18k to replace them. The most cited reason for leaving a position is lack of advancement opportunities, and a poor work-life balance. Both of which are pillars of employee satisfaction.

Referrals are another aspect of how satisfied employees help to lower turnover. It stands to reason that if someone is satisfied with their job they’ll try and recruit others to join, too, and that can be a big win for your company.

In fact, research by Stanford found people hired through referrals have higher productivity, lower turnover rates, and also have lower screening costs than those not coming from referrals.

As mentioned above, happy cows perform better and as it would turn out, happy people do too. One study found employees who were happy and satisfied with their work were 12% more productive. Along with that, those who were dissatisfied were 10% less productive.

According to the same study mentioned above the best way you can improve employee satisfaction is by investing in it. For example, Google decided to increase staff incentives and the end result was a 37% rise in employee satisfaction. By upping incentives, they helped further empower their staff, motivate them, and set up another way to recognize their contributions.

Did you know that positivity is contagious? Essentially, it’s an empathetic response that’s innate in people. We pick up on others’ emotional cues and often reflect them back to show some level of understanding.

If your employees are satisfied and happy with their work, it’s a huge advantage. Their positivity not only makes them more productive, which means customers get helped quicker (which is a big consideration for how well a customer service interaction went) but it also means there’s the possibility they’ll positively impact the customer’s mood, further improving the customer experience.

If you ask any finance guru they’ll tell you the best way to earn more is to spend less. And as mentioned in the sections above, there are numerous ways having satisfied employees help reduce costs. However, that’s not the only way they contribute to your bottom line.

How to improve employee satisfaction

So, now that you know a few different ways employee satisfaction can improve your company, you may be curious about what steps you can take to move the needle. Though every organization has different needs, there are three keys things we think everyone can think about:

Make sure you’re being deliberate in the effort you’re making. You may not be able to do everything, but it’s almost certain that you can be doing something. Remember, any investment you make in your employees is an investment you’re making in your company too. 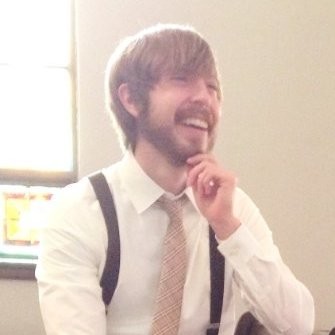 Jesse has been a support agent for five years. Currently, he’s a Remote Customer Support Advocate at Typeform. When not writing articles, or supporting customers, he writes pop songs with the hopes of getting on a Kidz Bop album, one day.

Tips for Measuring Performance Within Your Customer Support Team