Phone support doesn’t need to be as businessy and transactional as many companies make it out to be.

In fact, it’s better when the customer feels like they are talking to someone they can trust or want to be talking to. But breaking down the barriers between being the person that merely provides a service and a person who is trusted can be tricky.

Let’s look into some of the best ways for you to integrate more trust into your phone support offering and boost your customers’ satisfaction as you do it.

Without visual cues to let you in on how a customer is feeling, it can be really tricky to understand where they are at. Normally in conversation, you are able to see someone’s exasperated hand gestures, or recognize a smile as it plays across their face. Over the phone, not so much. That’s why it’s especially important to listen to their tone and see if there’s anything they might not be saying.

Keep in mind that tone mirroring and tone matching are different. While you may be able to hear anger in a voice, you can also probably hear a customer’s level of formality and other small cues that might help you understand how best to communicate in the situation at hand.

For example: Have you ever reached out to a customer support team with a pretty serious, frustrating issue, and gotten a response that seemed overly-cheerful and lacking in gravitas? Or what about reaching out to a friend or loved one with exciting news, just to get back an “Oh. Nice.”

In those two instances, your tone isn’t being matched. Your friend should have acted more excited to hear your news. The business should have dealt with your inquiry with a bit more seriousness.

Pay attention to how your customers are talking to you and how they express themselves, and try to match that when you respond.

Focus on quality rather than speed

While you’re correct in assuming that customers won’t want to spend forever on the phone with your team, they actually may be happy to spend longer than you think.

Gallup did a research study on customer engagement with a bank’s service department and found some interesting results: “customer perceptions of the tellers’ courtesy and their apparent willingness to help were far more important than speed of service in generating customer engagement. Customers who gave the bank high ratings on those “people” attributes were nine times more likely to be fully engaged.”

You want your customers to be engaged and happy—not rushed through their interaction in the hopes that they’ll give you a good rating. Someone would rather spend 10 minutes in an interaction with a great, kind representative than 5 minutes with someone that feels like they are just going through the motions.

Actually listen and find out what the problem is

If you aren’t already familiar with active listening, it’s the method of hearing the person that you are talking to, actively engaging with what they are saying, and being able to communicate back to the speaker what you understood or heard. According to VeryWellMind, some of the best traits of active listening are:

This is important because, often in support, there are underlying issues that the customer is frustrated about, but may not be able to vocalize. For example, if a customer reaches out frustrated that a package that they ordered from you didn’t arrive, you could, theoretically, resolve the issue by reordering the product for them at no charge.

However, if you practiced active listening and learned what the crux of the issue was, it may come out that they feel frustrated because they ordered a package and it didn’t arrive in time for a loved one’s birthday or holiday. Because of that, they felt guilty and embarrassed without having a gift to give to their loved one, or they had to go out and buy another, equally costly gift.

In the second scenario, reissuing the product actually might not even make them feel any better. They still are out the extra money, and the time has passed for them to be able to give the gift anyway. It might actually be better to offer a refund or a credit they could use for something else.

Active listening helps you get to the bottom of the situation and provide custom-tailored solutions for every issue.

Get as much customer context as you can

We’ve already talked a little bit about not rushing through an interaction—but what should you do with all of that extra time you’ve got? Derek Sivers, the founder of the $22 million (now-defunct) business CDBaby votes that you should take the time to get to know who you’re working with. Here’s a quote from an interview he did a few years ago:

I used to request all my employees to intentionally take a little longer on customer calls.

I would ask them to pull up customers’ albums and catalogs; have a look at their pictures and gear–to learn a bit about them.

Imagine how powerful it is for a customer to know that he is listening to somebody who is a musician that gets him, rather than something like, ‘Thank you customer 4325. How may I quickly handle your problem?’

You have the tools at your disposal to learn more, and the more you learn, the fewer questions your team will have to ask during the interaction. Take a look at your customer’s past questions. What are they buying and using from you? What have they complained about? Knowing all of this will give you more context to be better (and more quickly) able to help them.

Aircall’s integrations services offer a straightforward way to implement this. By using Insight Cards, you can pull information from any of your linked software and have it show right where your agent is making their calls.

Don’t bounce them around

When I’m on the phone with a business and the representative asks me if they can put me on a brief hold, I’m usually fine with it. The same goes for the next two(ish) holds. After that point, it starts to get frustrating, more so if they are passing me around between a few representatives and I have to repeat my same issue every single time.

Try to advocate and do some of the work for them—they’ll appreciate not having to tell their story five times to five different people that may or may not immediately understand it.

When talking to customers, imagine that you were talking to a loved one or friend. You would want to remain engaged, and let them know that you were seriously considering and caring about what they had to say. You also wouldn’t likely bust out with a total tone shift in the middle of a serious conversation.

Focus on the quality of the conversation rather than just running through it—it’s not about how quickly you can finish something as much as it’s about getting to a resolution that feels good on both ends. There will always be more customers to talk to—so take your time getting each and every interaction right. Use the time that you have to ask questions that can shed light on the customer’s situation and give you hints on how to better handle it. Just because you have a saved reply that you could use doesn’t mean that you should.

Take your time, advocate, and learn about your customers and you’ll be on your way to a high CSAT in no time.

6 Ways to Make Your Customers Happy Over the Phone 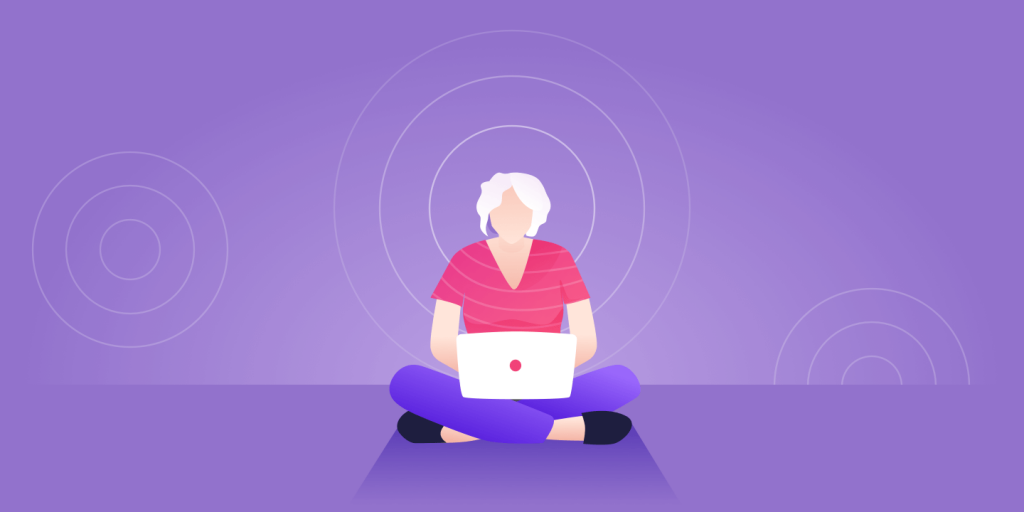